You can’t kill an attitude: Remembering Charlie Hebdo in the 90s

As I write, the news coverage of the massacre at Charlie Hebdo’s offices has been remarkably good, detailing the weekly’s provocations of Islam over the years. Less has been said about Charlie’s running battle with the French extreme right, and its role in widening the space for investigative reporting in France.

I met the staff in the mid-1990s, soon after the National Front party, a heterogeneous mix that included neo-fascists (and a few real fascists), won municipal elections in four French cities.

I was making the rounds of reporters who covered the party, to draw up a list of precautions; the Front’s members regularly beat up journalists at the time, and Charlie’s former editor, Philippe Val, was among the guys they beat. Val was calling for the government to ban the party.

The day we met, Val told me that he and his staff had been threatened with attack if they attended a book fair in a Front city, Toulon. To my amazement, he asked me what they should do. He was scared for his people, rightfully so. (The discussion put me on the side of the Front’s adversaries, and I disclosed it in my book about rhe Front).

We found an idea that might lower the risk : Val publicly demanded protection from the Mayor of Toulon. It was the Mayor’s job to provide it. Instead he said,

« We don’t protect garbage, we collect it. »

The State stepped in, and Charlie Hebdo went to Toulon.

Again and again in the next few years, I saw a similar pattern repeated. Charlie identified a threat to democracy – sure, sounds pretentious, but that was effectively the criterion. The editorial meetings I attended were about ideas and jokes.

Drawings with often obscene captions ridiculed the targets, and Val’s editorials, the closest thing to Voltaire in contemporary France, cut them to pieces intellectually. There was support from investigative reporters – I did a couple of pieces, and Fiammetta Venner, one of the great French researchers on extremism, did more – but we were not the main show.

Then and now, Charlie Hebdo was not about facts, though it used them well. It was about not taking shit from people who serve it to you like it was ice cream. It sold an attitude – profitably, by the way – and even its enemies admired the paper for that.

One day at the National Front’s headquarters, I saw teenagers from the party’s Youth movement laughing over a page in Charlie. Did they like it ? I asked. One replied :

« They’re against the system, like us. But they don’t have a plan. »

True. That’s what Charlie nearly always lacked : A solution. But how do you solve the problem of idiocy ?

Charlie changed the legal environment for independent media in France at a crucial moment, when the State and corporates were trying to break the investigative movement that began in the mid-1980s. Luz, a cartoonist who was not killed yesterday, had been drawing and writing a strip that portrayed the No. 2 of the Front and his wife as slavering, murderous cretins.

They sued him for libel and lost, again to my amazement (not to mention the surprise of Charlie’s lawyer, who made his reputation defending them); if Luz’s stuff was not defamatory, well, not much is. The landmark judgment in his favor carved out wide legal space for satire in the French media, noting that the genre is a vital part of the French cultural heritage.

It wasn’t the only landmark case that Charlie won while I was paying attention. Val made one of his frequent television appearances and denounced the financier who owned the network, Jean-Marie Messier.

An intern warned him on the way out that his words would be cut before the show aired.  They were, and Val wrote an editorial on how censorship protected Messier, then the most powerful man in French media. There were subsequently inexplicable and costly problems with Charlie’s distribution.

And Val was sued for libel by the TV show’s producer (who, by the way, is himself a great journalist ; the guy was sincerely offended). I was an expert witness for Charlie Hebdo in the trial; around these guys, one was always taking sides.

The decision of the Paris court recalls the landmark judgments of the US Supreme Court in the post-Watergate era. Yes, said the 3-judge panel, the big media companies can be a threat to democracy. Yes, Val was right to say so, and saying so is stating a fact, not libel.

Val moved on to other jobs in the mid-2000s. Running Charlie Hebdo was like herding tigers. There were really dreadful fights about Israel, the US, and no doubt about Islam.

People fought hard, and some left. I am not sure I would have made the decision that Val and his team made, to republish the Danish « prophet » cartoons, and to publish them again. When you poke a stick in a wolf’s face, someday he may try to bite you.

But Charlie was not about calculating risks, it was about taking them, and enjoying the company of other people who liked the adventure.

I didn’t know Charb, the editor who was killed, in any depth, but I would bet my left arm that he had a great time while it lasted. I’d bet the other martyrs – yes, martyrs, worthy of respect and glory – felt the same way.

This is also what investigative journalism is about, one of the reasons that gets us into it – the chance to move with people who refuse to act as if they’re frightened. They weren’t glamorous, or pretty, and they never will be. They were just unique, the best kind of fame.

I’m speaking in the past, because that is when I knew them, and because some of them suddenly aren’t around anymore. But I don’t think the survivors have stopped being themselves. The massive outpouring of solidarity that followed the attack has changed the environment again.

People here want someone to defend their right to speak. This assassination has failed, stupidly and massively. It has created a bigger public than Charlie ever created on its own. Either Charlie will come back for that public, or someone else will take its place. Sure, doing what they did, paying that price, is scary. But the rewards of doing it are growing more, not less attractive. 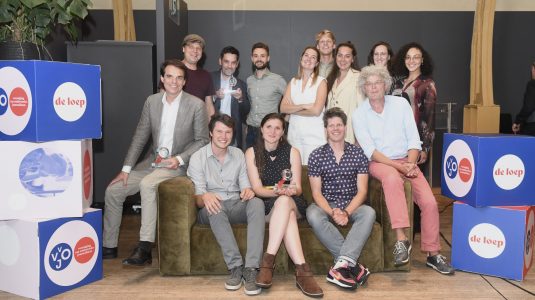