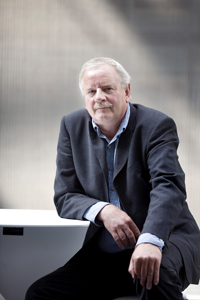 Joop Bouma (1954) is an editor and reporter for the Dutch daily newspaper Trouw, where he has covered environmental and criminal news and has also served as national editor. He is the author of The Smokescreen: The Power of the Dutch Tobacco Industry (2001), which examines influence-peddling in the government and media by cigarette companies. In 2006 he published a book (Slikken. Hoe ziek is de farmaceutische industrie) about Big Pharma’s marketing practices. He speaks about the industry at conferences and medical education courses for doctors and pharmacologists in Holland and he regularly talks about his work at journalism schools. Since 2001 he is a member of the International Consortium of Investigative Journalists ICIJ, based in Washington DC, a project of the Center for Public Integrity. He is one of the founders of the Dutch-Flemish Association of Investigative Reporters VVOJ. About one year ago Joop joined the European cross-border network Irene-reporters.org.

This website uses cookies to improve your experience while you navigate through the website. Out of these, the cookies that are categorized as necessary are stored on your browser as they are essential for the working of basic functionalities of the website. We also use third-party cookies that help us analyze and understand how you use this website. These cookies will be stored in your browser only with your consent. You also have the option to opt-out of these cookies. But opting out of some of these cookies may affect your browsing experience.
Necessary Altijd ingeschakeld
Necessary cookies are absolutely essential for the website to function properly. This category only includes cookies that ensures basic functionalities and security features of the website. These cookies do not store any personal information.
Non-necessary
Any cookies that may not be particularly necessary for the website to function and is used specifically to collect user personal data via analytics, ads, other embedded contents are termed as non-necessary cookies. It is mandatory to procure user consent prior to running these cookies on your website.
OPSLAAN & ACCEPTEREN